We live in very exciting times 😃! BLDC motors are entering the hobby community more and more and many great projects have already emerged leveraging their far superior dynamics and power capabilities. BLDC motors have numerous advantages over regular DC motors but they have one big disadvantage, the complexity of control. Even though it has become relatively easy to design and manufacture PCBs and create our own hardware solutions for driving BLDC motors the proper low-cost solutions are yet to come. One of the reasons for this is the apparent complexity of writing the BLDC driving algorithms, Field oriented control (FOC) being an example of one of the most efficient ones. The solutions that can be found on-line are almost exclusively very specific for certain hardware configuration and the microcontroller architecture used. Additionally, most of the efforts at this moment are still channeled towards the high-power applications of the BLDC motors and proper low-cost and low-power FOC supporting boards are very hard to find today and even may not exist.
Therefore this is an attempt to:

If you are interested in this board as a product, find more information on this link: Arduino SimpleFOCShield 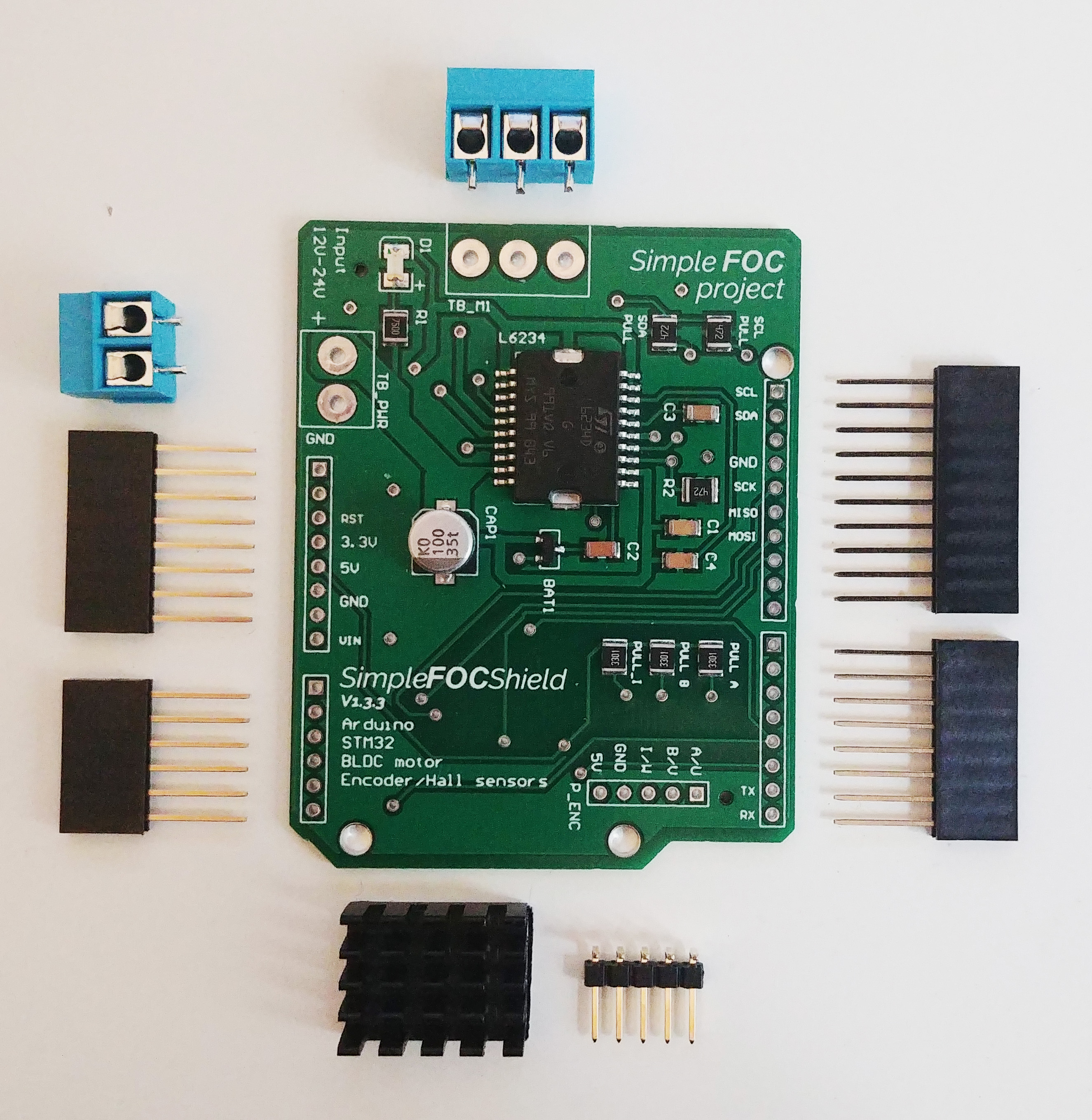 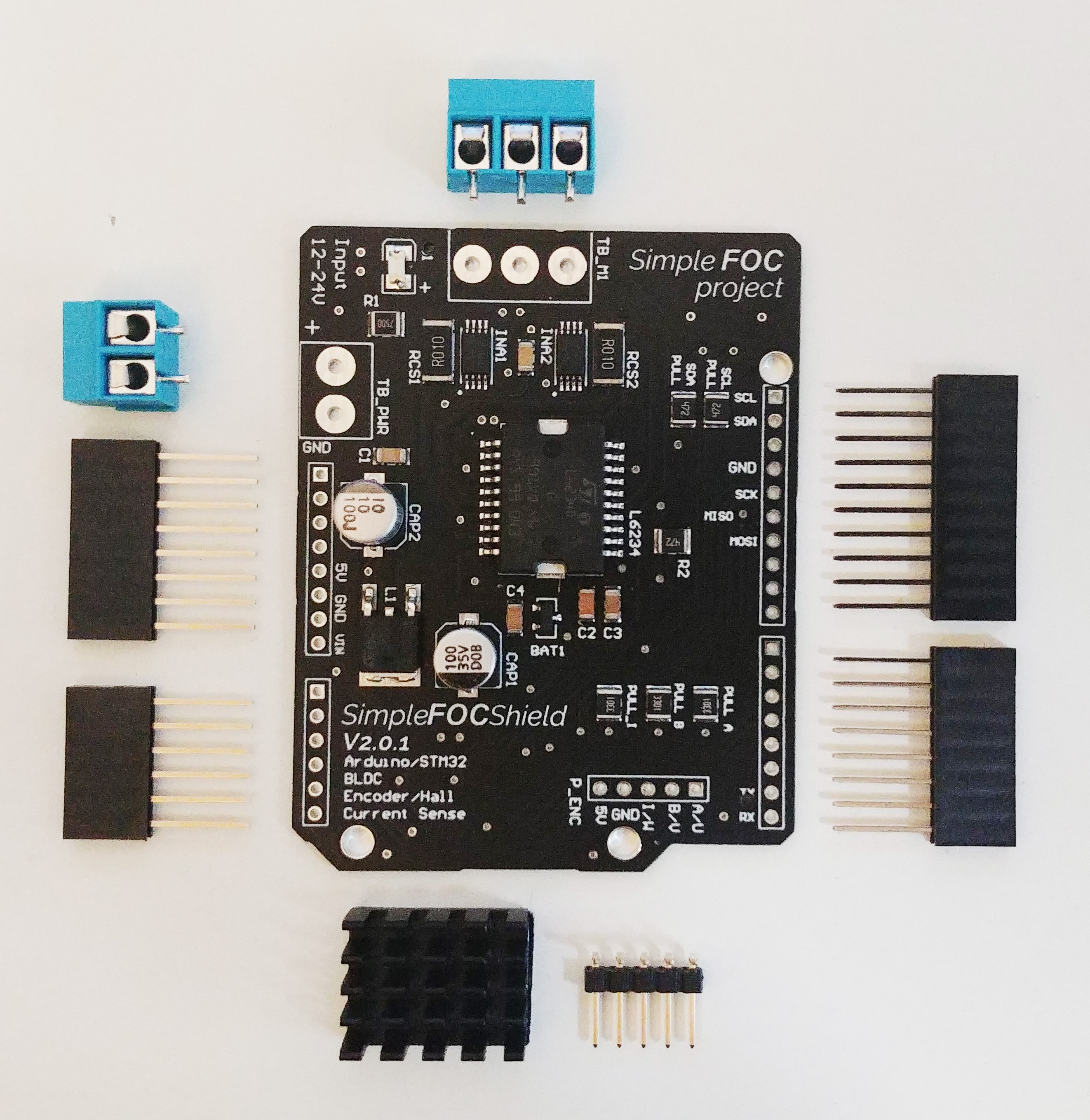 These are just a few of the alternative FOC supporting projects which provide hardware and software solutions.